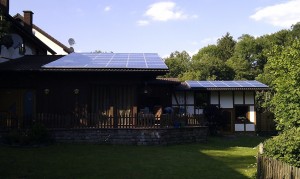 Convers Energie was founded in 2004 by Gunther P. Nacke, an electrical engineer and MBA graduate with extensive experience in systems engineering.

After working for several years in Germany, France, Switzerland and Greece as a telecommunications industry consultant, Nacke caught “solar fever” when he viewed a car powered by a hydrogen engine at the German Aerospace Center and realized the vast potential of renewable energies. He quickly established his solar business by partnering with the German systems integrator SunTechnics, part of the renewable energy Conergy group.

Because solar energy is converted into electricity by the photovoltaic (PV) effect, Nacke named his company Convers Energie.

Convers Energie dissolved its partnership with SunTechnics at the end of 2006 and continued as an independent business based in North Rhine Westphalia, designing and installing custom solar energy systems in the wider Cologne and Bonn region.

Our company has provided solar PV solutions and investment opportunities to a growing base of satisfied residential, commercial and public sector customers. Many of our customers are repeat customers — and much of our business comes through referrals or word of mouth.

We take pride in our ability to deliver customized solar PV systems to homeowners, business owners and the public sector, while contributing to the clean energy revolution and sustainable lifestyles. 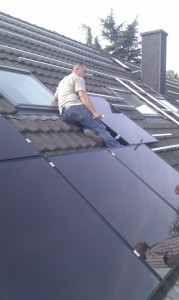 After meeting with venture capitalists in the United States in 2008 and learning that Convers Energie’s specialized expertise in solar energy systems fit a market gap in the Pacific Northwest, Nacke began exploring options for expanding the Convers Energie brand to the growing American solar market.

Convers Energie re-focused our efforts on the German market during the 2009 financial downturn, but after a new series of positive meetings in 2011 and record-setting growth in the US solar industry, we now look forward to putting our overseas expansion plans into motion.

In 2011, Convers Energie formed a new partnership with UK-based SolarTouch — and quickly completed the company’s first PV residential installations in London. The year before, Convers Energie received certification as a PV installer in France.

In 2012, we will continue exploring opportunities to offer solar PV consulting and engineering services in targeted markets of North America, as well as the Mediterranean.