Convers Energie gets into sporting spirit with SunPower

Convers Energie Managing Director Gunther Nacke met up with SunPower Germany on January 22nd to cheer on Bayer Leverkusen in a football match against Mainz.

Watching the game from the SunPower sky box, Gunther was able to talk about industry trends with SunPower’s regional sales manager and other authorized SunPower partners. Bayer Leverkusen beat Mainz 3-2.

SunPower has signed on for the next 3 years as the official sponsor of the Leverkusen football team to demonstrate its commitment to the German market, the growth potential it foresees and an emphasis on top performance. 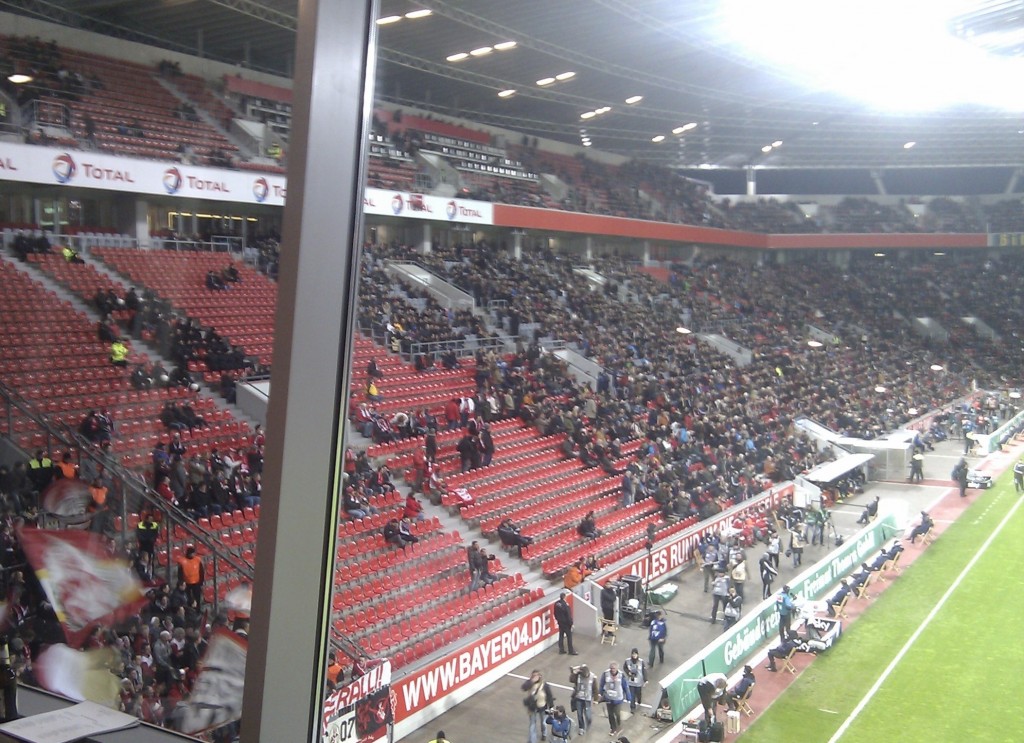 Next up in the Champions League is the Leverkusen-Barcelona match on February 14th, which promises to be an exciting night of football and solar industry networking.